The attraction towards a career in management is tempting. What’s enticing is the hefty pay package at the end of the month. In fact, some of the highest paying management jobs are in the least expected industries.

Different organisations have different management requirements. Understanding what management is, is essential.

Let us first understand what exactly is required when you apply for a management position in a company.

Management is the process of dealing with or controlling things or people. It is a complex task that involves coordination and strategy to achieve a certain goal.

Management usually involves the delegation of work to others. The job of a manager requires you to be profound in the task you delegate to others.

Management jobs are one of the most sought after. Reason being, lucrative salaries and the fact that you are THE BOSS.

The CEO is technically the head of the operational activities of the company. The role of the CEO is to ensure the goals of the company are met. The CEO directly reports to the Board of Directors.

The annual paycheck of a CEO in India necessarily depends on the particular company. However, the national average annual salary for a CEO is around ₹26,97,000/-

The training and development manager has the task of organising and enhancing the company’s workforce.

One of the major roles of a training and development manager is to assess employees for various training programmes and create and manage training budgets.

The manager also has the task of scrutinising various training materials from different vendors across the country or globe.

The average management jobs salary of a training and development manager in India is around Rs 8,99,180 per year.

As the name suggests a compensation and benefits manager oversees the management of salaries, benefits and compensations to employees.

This manager must learn and adopt different types of pay scales and relate it to job profiles of employees.

Close on the heels of a Company CEO is the Information Technology manager. As the name suggests, is responsible for the computer and information systems of a company.

The role of this manager is to oversee the computer software needs and manage the IT department of the company.

The national annual average salary of an Information Technology Manager in India is around ₹15,00,000/-

Every department in a company requires a head or a manager. Companies involved in engineering services also require an engineering manager.

The engineering manager plans and coordinates the engineering department within the company. They are answerable for the technical questions that may arise in a project.

The average annual pay scale of an Engineering Manager in India is around ₹30,15,000/-

One of the main job descriptions is to approve designs and give a detailed report of the plans. Architectural managers have to plan and coordinate new projects and delegate tasks to various departments.

The average annual pay scale of an Architectural Manager in India is around ₹16,68,000/-

Companies in the chemical industry require science managers to overlook the scientific aspects of the company. They may be scientists, physicists, chemists and biologists depending on the type of company.

The duty of a Natural Science Manager is to supervise the work of Scientists in a company. Natural science managers also have all research development work including testing and quality control.

The average annual pay scale of a Natural Science Manager in India is around  ₹11,19,000/-

The marketing manager oversees the promotional ideas of the company like advertising and media publishing. They are the link between the company and its customers. Thereby making it an important role to fulfil.

The average annual pay scale of a Marketing Manager in India is around ₹8,58,000/-

Another department related to the Marketing department is the Sales department. The sales unit is responsible for the actual vending or sale of the products or services manufactured by the company.

A sales manager coordinates teams for the sale of company products. Often, a sales manager’s role involves a lot of traveling and good communication skills.

The average annual pay scale of a Sales Manager in India is around ₹6,40,000/-

The sales manager’s post usually also works on a commission based on the number of products sold on behalf of the company.

Not only the link with customers but also others not related to the company. The Public relations team enhances the image of the company in the eyes of outsiders.

The average annual pay scale of a Public Relations Manager in India is around ₹4,60,000/-

Human resources refer to the hiring, administration and training of staff. It is regarded as a significant department in any organisation because it is associated with the coordination of people.

The head of a human resource team creates job profiles within a company. The manager is required to take interviews and recruit people into various departments based on skill and qualifications.

He/she is responsible for maintaining a company directory of employees. The importance of human relations within a company is gaining importance in recent times.

The average annual pay scale of a Human Resources Manager in India is around ₹7,79,000/-

He/she may look at the sustainability of a particular project and report the findings to the concerned department. The duties and responsibilities of an Operations Manager are vast. It involves the working of several departments.

The average annual pay scale of a General Operations Manager in India is around ₹16,84,000/-

Management jobs in India are highly respected and have a relatively high pay scale. There are many job profiles in various industries that demand the need for management-related jobs.

Apart from being highly lucrative careers, management jobs offer white-collar jobs that are satisfying and enriching.

You May Also Like Job vs Business: Which Is Better?

7 Ways to Make Money as a Student

Best Article Rewriters that help Students in their Writing Process 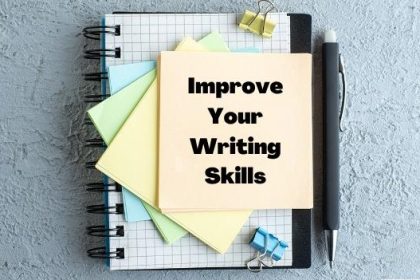