Usually after your 10th grade, the first question that comes to your mind is what course to take up for 10+2. Out of the many choices available to you, science is what interests you the most.

From years together, the subject physics has created unnecessary fear in the minds of students. The misconception that physics is tough must be eliminated at the school level, so that more and more students who are interested in the sciences must never be deterred from taking it up because of physics.

Physics can be fun to learn if you learn it the right way. There are so many interesting physics facts that will blow your mind.

Here are some amazing physics facts that are so interesting and fun to know that it might just change your mind about science.

Physics is a natural science that deals with the study of matter and its behaviour through space and time. It basically deals with how the universe conducts itself.

The term physics is derived from the Greek word “Physika” meaning “knowledge of nature.”

It is considered as one of the oldest sciences with some of the earliest accounts dating back to around 3000 BC where the ancient Egyptians and Indus Valley Civilisation studied about the movement of the Sun, the stars and the Moon.

2. E=mc2 Is More Relevant Today than Ever Before 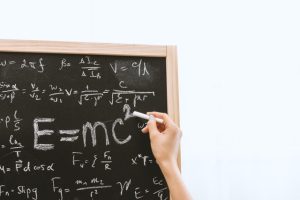 Einstein’s theory of Mass Energy Equivalence is one of the most famous and interesting physics facts.

According to this theory where E is energy, M is mass and C is speed of light measured in centimetre per second, shows that energy and mass are interchangeable. That is, Energy is equal to mass times speed of light squared.

This theory of Einstein’s is actually used today in what we call Global Positioning System or GPS, which we so frequently use on our phones everyday. Proper working of GPS navigation depends on energy, mass and time.

3. Smart Phones Are Smart Because of Physics

Ever wondered why your touchscreen doesn’t work with your gloves on? You are able to slide your fingers across your smartphone screen only because of the principles of physics.

The electrons on your fingertips repel the like charged particles of the phone screen, causing the phone sensors to work according to the software program.

Even simple cell phones are based on the principles of electricity and electromagnetism.

4. Want to Lose Weight? Travel to The Moon 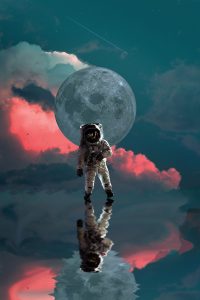 A crazy physics fact is that a space traveller will look younger in space than on Earth. This is because the higher the velocity the slower time passes.

Therefore, astronauts in space who are in a reduced gravitational surroundings and travelling at increased speeds are experiencing time slower than that on Earth.

6. We Are so Insignificant

Physics has taught us that mankind is so insignificant. One of the most mind blowing physics facts is that the entire mankind is made up of atoms.

Atoms are made of electrons, protons and neutrons with large spaces between them. If we put all the atoms together and remove all the species between them, the entire population can fit into a small cube. Almost the size of a sugar cube. Crazy physics facts isn’t it?

You can make your own diamonds. Diamonds can be made by applying high temperatures and pressure on graphite. This is one of the undiscovered and unknown facts about physics and if you work fast you can become a billionaire. 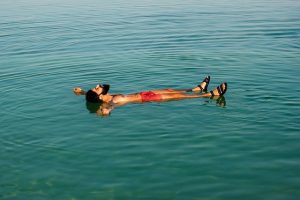 The Dead Sea in Jordan has a high density level due to the presence of large amounts of salt. Dead Sea – Wikipedia

Therefore, you will automatically float in the waters of the Dead Sea whether you know how to swim or not. Is this where Michael Phelps trained for the Olympics?

Scientists are of the opinion that dark matter occupies more than 85% of the mass of the Universe. Though not visible, its existence is implied through gravitational forces and other observations.

It is believed that dark matter has a lot to do with the evolution of the universe and it is called so because it does not react with electromagnetic fields and hence can not be detected easily.

The seatbelt you use in a car is also based on the principles of physics. Let’s see how. Putting a seat belt works on the physics principle of inertia or a state of doing nothing.

The lower part of the body attached to the car comes to a stop but the upper body falls forward. A seat belt prevents your body from moving forward. You never knew physics is involved here too, right? Cool physics facts isn’t it? 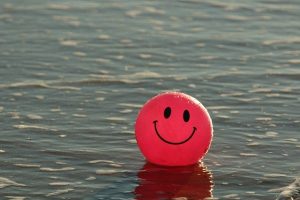 Reflection of light, convex and concave lens, optical imaging are all sound principles of physics.

Ever got a ticket for over speeding? Blame it on physics. Traffic police use what is called doppler radar to detect over speeding vehicles.

The doppler radar works on the principle of the doppler effect. It measures the change in the pitch of sound when vehicles move closer or farther from the listener.

Have you ever wondered why it hurts so much when you fall a distance, but when an ant falls the same distance it doesn’t feel much?

Some Fun Physics Facts Which Will Tickle Your Brain Cells 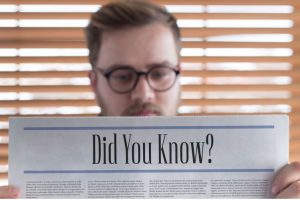 Physics can be fun after all. It’s not all rocket science as portrayed by many. There are so many fun and interesting physics facts that attract you to learn more about the subject.

Physics helps to understand the world around us. More so, Physics is a gateway to many lucrative career options.

2 Main Types of Editing that Every Editor Should Know About

How to Ace Your Economics Homework Effectively, Efficiently, and Quickly? 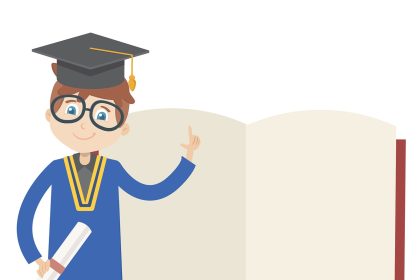 admin August 3, 2021
12 Amazing Skills for Students to Prove Their Ability on Career Growth
Top 10 Nursing Colleges in Mangalore 2022-23
A Perfect Guide on Best Time to Study for Students
Expert Tips for Writing a Research Paper for Students