Every country has its own set of features when it comes to pursuing higher education abroad. While one country may excel in infrastructure, the other may offer innovative and unique degree programs.

As a result, deciding which country has the best education system can be challenging. In this article, we will discuss the top 10 countries for education in the world. 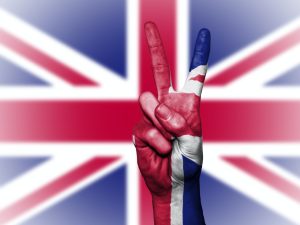 The United Kingdom is a wonderful place to study because of its superb educational infrastructure, quality research facilities, high teaching standards, and diverse culture.

According to the Ceoworld magazine, the United Kingdom tops the list of ‘countries with the best education system’.

UK degrees are recognized by international universities, major corporations, and government authorities, resulting in a large number of employment opportunities in leading companies.

Moreover, cities like London and Edinburgh have made it to the top 20 best cities 2019 list, making the United Kingdom one of the top countries for education.

Some of the notable universities in the UK are the University of Oxford, University of Cambridge, Imperial College London, to name a few.

You have a lot of options when it comes to choosing your field of study and institution. The UK also offers several shorter undergraduate courses that may be completed in one or two years.

Moreover, the UK education system also provides English language support, which will assist you in developing great language skills, which are critical in the global job market. 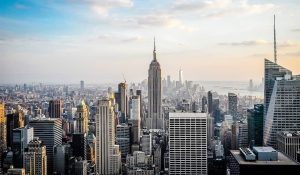 The United States is noted for its high-quality education, world-renowned professors, and excellent research facilities and infrastructure.

The United States has one of the most flexible education systems in the world. There are unlimited options to choose from.

At the undergraduate level, you have the freedom to take a variety of courses before deciding on a major subject at the end of your second year.

This allows you to explore your subjects of interest and make an informed decision without feeling rushed.

This diversity in the US educational system helps you obtain a fresh perspective and also motivates you to widen your knowledge in other areas so that you can improve your abilities and personality.

This makes the US one of the notable countries with the best education system in the world. 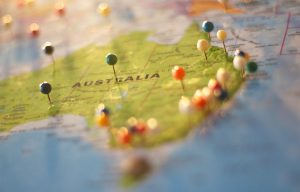 Next on our list is Australia which comes at 3rd place in the list of countries with the best education system.

Because of the international reputation of the Australian education system, graduates from Australian universities are in high demand.

The Australian government actively regulates the education system to ensure that the country’s excellent educational standards are maintained.

The Australian government allows international students to work up to 20 hours a week, which is another benefit of studying in Australia.

This is a fantastic opportunity for people who wish to earn money to help pay for their living expenses while they are staying there. 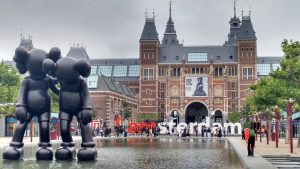 The Dutch education system is regarded as one of the best in the world due to its top quality and highly ranked world-class universities.

Moreover, the Netherlands ranks 4th among the countries with the best education system as per ceoworld.biz website.

Good personal relationships between professors and students are encouraged at Dutch universities. 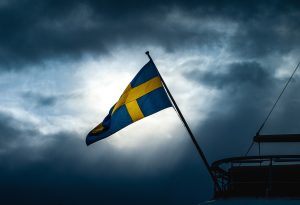 The Swedish education system places high emphasis on active learning rather than solely focusing on grades.

The universities value academic success and learning, and concentrate on providing high-quality education that promotes practical knowledge. No doubt, Sweden’s educational system is among the best in the world.

The Swedish education system promotes critical thought, independence, and responsibility. Despite Sweden’s small population of roughly 10 million people, it is home to some of the top universities in the world.

You May Also Like Best Countries to Pursue MBA

France is one of the most popular study-abroad locations, attracting a large number of students from all over the world each year.

It is known for its high level of technical progress, culture, and educational system. The country provides a great multicultural learning environment, bringing cultures from all over the world together.

They are recognized at an international level, and they attract talented researchers from around the world. France invests 49.5 billion euros in research and development, which is equal to 2.22 percent of GDP.

Furthermore, foreigners account for 41% of those enrolling in French doctoral programs. 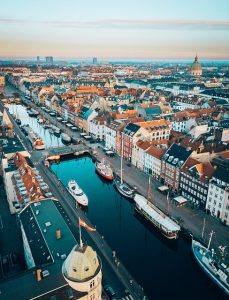 Denmark easily makes it to the list of top countries for education in the world with its high literacy rate of 99%. They provide free education from primary to higher education.

Furthermore, the government of the country has made education compulsory for students up to the age of 16, which is one of the country’s distinctive qualities compared to other educational systems throughout the world.

It is also one of the most popular countries for international students to study in, attracting thousands of students from all over the world who aspire to study at world-renowned Danish universities. 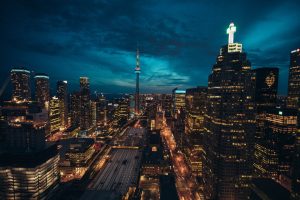 Canada is considered one of the top destinations for education in the world due to its low tuition fees and living costs.

The cost of studying in Canada is lower than studying in the US and UK. Depending on your budget, you’ll find a course that is suitable to you among the wide range of affordable education choices.

One of the most significant characteristics of Canadian education is its emphasis on research and development.

If you are pursuing Ph.D. or looking for research opportunities, then Canada is a great place to study as the Canadian government gives a lot of importance to research in various areas of telecommunication, medicine, environmental science, technology, and agriculture. 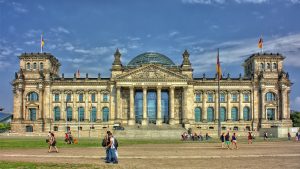 Germany is the preferred destination for higher education among many international students.

The country has established itself in the automobile business as it is the home to leading automobile companies such as Audi, BMW, and Volkswagen.

The educational institutions in Germany are known for providing high-quality courses in engineering, design, and medicine, among other things.

Technical University of Munich, Ludwig Maximilian University, and Heidelberg University are ranked among the top 100 universities in the world.

A huge number of scholarships are also available for international students, attracting students from all over the world and establishing Germany as one of the world’s best education systems. 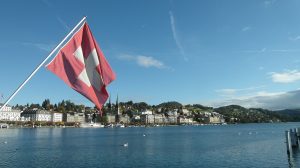 Switzerland’s universities are well-known throughout Europe for their practical courses and research opportunities.

With a large number of higher education institutions, the country offers a diverse choice of subjects for you to choose from.

The top universities in Switzerland are ETH Zurich (Swiss Federal Institute of Technology), Ecole Polytechnique Fédérale de Lausanne, and the University of Zurich.

A degree from one of Switzerland’s top institutions will open numerous doors in your career in any part of the world, as Switzerland is highly renowned as one of the top countries for education in the world.

Perusing your studies abroad will open you up to a wide range of new experiences while also allowing you to broaden your professional opportunities.

Before you decide to study abroad in any of these countries, take into account the various parameters for each country, such as the list of top universities, how the education system is run, the fees and cost of living for international students, and so on. These parameters will surely help you to make an informed decision.