So, which city is best for international students in the USA? To answer this question, we have come up with the list of the top 11 best cities for education in the US. 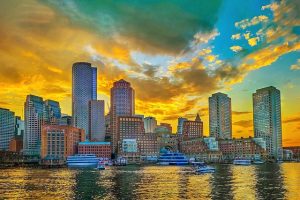 It is home to some of the world’s prestigious universities like the Massachusetts Institute of Technology (MIT) and Harvard University — ranking first and third places respectively in the QS World University Rankings 2021 list.

Over 250,000 students from all over the world attend Boston’s colleges and universities. Boston is one of the world’s top 15 academic cities, attracting both academic and professional opportunities.

Moreover, it was ranked 12th in the QS Best student Cities Rankings 2019 list. Thus, it is one of the best cities for education in the USA.

America’s oldest public park Boston Common is also located there. The city of Boston is well-known for its art and cultural activities.

It also hosts world-class music, dance, and theatre performances, as well as lively festivals, making it a multicultural hub.

Boston is relatively a smaller city, and its reliable public transportation makes traveling about the city simple and inexpensive.

Even students from different countries will be able to travel conveniently, making it the best city to live in the USA for international students. 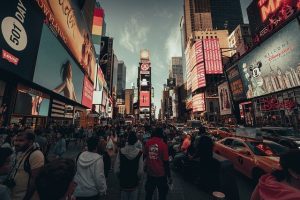 Top universities such as New York University (NYU), Columbia University, and Cornell University are located here. New York is famously called the ‘The city that never sleeps’ due to its ever-buzzing activities.

Over 1 million businesses operate in the city, and with new businesses cropping up regularly, there is no shortage of job opportunities.

One of the most interesting aspects of New York City is its diversity. People from all over the world, from all cultures live here. They bring together a diverse range of ideas, traditions, cuisine, and culture.

New York city has one of the highest Indian populations, with about 711,174 Indian residents as of 2017. So this makes New York city the best city for Indian students in the USA.

In the Queens neighborhood of Jackson Heights, there is a large community of South Asian people who live there, including Indians, Pakistanis, Bangladeshis, Sri Lankans, and Nepalese.

This is the heart of the South Indian community in New York city. Here you will find many Indian shops and restaurants and also temples and mosques. 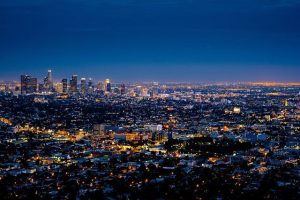 Los Angeles is known to be the home of Hollywood. It is also called the ‘Creative Capital of the World’. The city contains notable universities like California Institute of Technology and the University of California.

Los Angeles is considered one of the world’s largest economies and a global center for entertainment, education, information, and technology. It’s no wonder that Los Angeles was ranked 25th in the QS Best student Cities Rankings 2019 list. 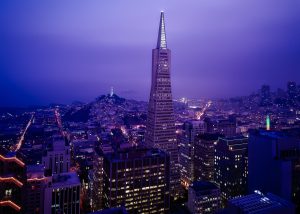 The city of San Francisco is close to the global tech innovation hub, Silicon valley, which is home to world-renowned companies like Apple, Google, Tesla, Facebook, to name a few.

San Francisco is one of the world’s leading financial centers and has excellent ratings in the QS Best Student Cities Index’s category of “employer activity”.

This ‘Employer activity’ indicator reflects how much a city’s university graduates are in demand by employers.

Good employment opportunities after graduation are always sought after by the students. Hence, San Francisco easily makes it to the list of top 10 best cities for education in America. 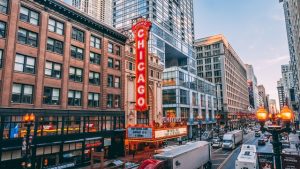 There are excellent libraries scattered all over the city. Harold Washington Library Centre, Mansueto Library, the Poetry Foundation Library, and Chicago Public Library are some of the city’s stunning libraries which will help fulfill your desire for knowledge.

For people who love art, Chicago is an excellent place to explore. It has a wide array of art museums and art galleries namely, the Art Institute of Chicago, Museum of Contemporary Art, Smart Museum of Art, and Field Museum. These city attractions will make your student life in Chicago more memorable. 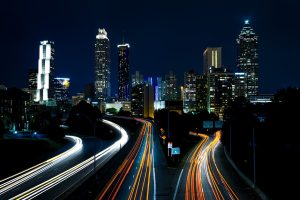 Over five million people live in Atlanta, out of which 63,000 are students. Georgia Institute of Technology, Emory University, Georgia State University are some of the universities in Atlanta.

Due to the growing businesses and technological potential of Atlanta city, the job market is in need of science, technology, engineering, mathematics, and management graduates.

So, Atlanta has plenty of job opportunities. As a result, the city ranks highly in terms of employer activity.

Atlanta even hosts weekly festivals to celebrate the city’s historic values, different ethnicities, and cuisine. These events help international students to learn about local customs and facts about the city. 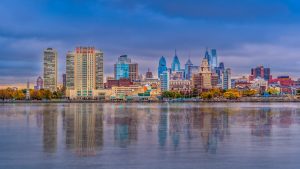 Philadelphia is also close to major cities such as New York, which only takes about 2 hours by car, and Washington DC, which is 3 hours away.

Philadelphia has a neighborhood called University City, which contains several colleges and universities within a few meters of each other.

They offer various courses such as pharmaceuticals, biotechnology, health care, finance, and insurance. You can find students from all over the world who come to study here. So, Philadelphia can be seen as one of the top cities in the US for education. 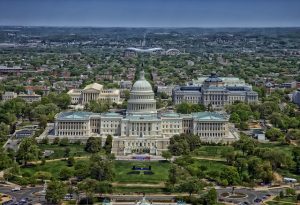 The White House, Supreme Court, and other various national monuments and memorials are all located in Washington, DC.

So, studying here puts you right in the middle of US history and politics. There’s a lot to explore and learn while living in Washington DC.

The federal district also consists of some of the best universities in the US, namely, Georgetown University, George Washington University, American University, etc.

About 29 percent of jobs in Washington DC are related to the federal government. It’s a city that is buzzing with political activities, and it also houses important monuments.

One of them is the Library of Congress, which serves as a de facto national library of the US. With approximately 34.5 million volumes and over 151 million items in total, it is the world’s largest library complex. 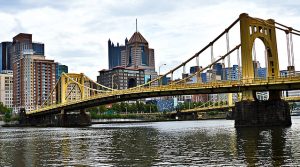 Pittsburg was ranked 67th in the QS Best Student Cities rankings 2019 list and it is home to two outstanding universities — Carnegie Mellon University and the University of Pittsburgh, which was ranked 51st and 156th, respectively.

The city is also known as ‘the steel city’, due to its flourishing steel industry.  Because of Pittsburgh’s industrial background, there are several prominent firms that provide internships and job opportunities to post-graduate students. 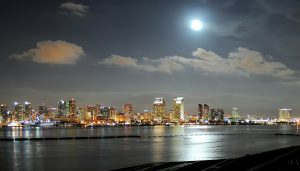 The city has been known as ‘America’s Finest City’ because of its beautiful beaches and various tourist attractions. It’s also noted for its pleasant weather all year round.

Moreover, San Diego is also frequently included in the list of the safest cities in the United States. According to the most recent Numbeo Safety Index, San Diego received a score of 63.72, placing it 130th out of 427 cities worldwide in terms of safety.

John Hopkins University in Baltimore is one of the top institutions to study medicine in the world. The University has a long tradition rooted in charity and diversity, as well as a strong commitment to innovation.

Baltimore is referred to as ‘Charm City’ and the ‘Land of Pleasant Living,’ among other titles, due to its status as a major seaport.

It has a rich history of architecture with many tourist attractions including the Washington Monument, Mount Vernon Place and B&O Railway Museum.

In order to select a city that is well suited to your educational needs, you need to research a lot about the place and its universities.

Take some time to learn more about the city where you plan to study. Knowing even a little about the culture, history, geography, and economy of your chosen location can go a long way in making your student life a comfortable one.

Additionally, your experience of studying abroad will be more effective, and the time you spend there will be more worthwhile.