What is forgiveness? Forgive and forget, why should we forgive in life?

“The weak can never forgive. Forgiveness is the attribute of the strong.” ― Mahatma Gandhi

One or the other time in our lives, we have been hurt by someone through words or actions. It could be a parent constantly criticizing their child, a colleague sabotaging a project, or your better half having an affair. Or perhaps you’ve been emotionally or physically abused by someone close to you.

Such experiences can create wounds that if left untended shall last for a lifetime. It can give rise to feelings of anger and bitterness leading to an urge for vengeance. It is naturally not easy to let go of the pain caused by someone near to you. But holding on to such pain will only weaken you, and not just emotionally.

Bearing a grudge is self-sabotage. It’s like realizing someone has dropped your hand into a bowl of boiling oil and you insist on not removing your hand from the bowl, neither to prevent further damage nor for immediate relief. Other than suffocating yourself emotionally, such resentment can spike your blood pressure and affect your health adversely. 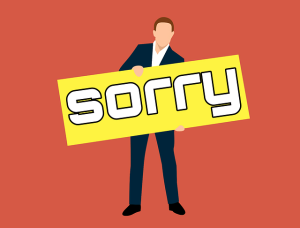 “Not forgiving is like drinking poison and expecting the other person to die. In other words, not forgiving someone will cause harm only to you. Practicing forgiveness can have powerful health benefits but not letting go of the past will snatch away your future and present.

When we have been wronged, there is anguish all around, and as a student, the only bitter pill that will make it go away is forgiveness. Incidentally, it’s a paradox. The one thing which can help us to survive and pass through the valley of pain is also the one thing we absolutely don’t want to do. However, forgiveness sets loose the burden of resentment and gives us the wings of freedom.

Forgiveness does not mean reconciliation. It is just the release of resentment or anger. It doesn’t imply that you as a student must resume the same interaction or even consent to the wrongdoer’s destructive actions. Forgiveness helps us accept what has happened and deal with it in a way that will lift and cleanse us from the snare of the past.

This is an easy and quick pardon sans processing of emotion and coming to terms with the injury. This form of forgiveness is done as a conflict avoider, passive aggressor, or self-sacrifice.

In this form of forgiveness, the victim sees forgiveness to be too generous and instead tries to show that their feelings matter and hence refuses to forgive. This is done through Aggression by forcing the offender through significant trouble. Or Detachment by turning one’s back to the offender. The aim is to teach a lesson and one might even forgive the offender once the lesson is learnt.

It takes guts to achieve this, especially when the offender is unavailable or unrepentant. This involves accepting what has happened and also one’s full range of emotions. Once you’ve been accepted, you as a student give up your desire for vengeance and seek peace instead. You make an effort to shield yourself from additional harm.

This is an interpersonal action and requires action from both the parties, the victim and the offender. It is not a unilaterally granted transaction but is shared by both people. It is conditional in the sense, the offender is willing to pay a price to earn it. The offender will also have to show that he is fully aware of the wrong done and assures not to repeat it. Thus, the victim starts to let go of the preoccupation with the offense and achieve freedom. No matter the type of forgiveness, it is vital for the mental health of the victim. It removes them from being emotionally attached to injustice and trauma. Besides, it elevates mood, optimism and defends against anger, stress, anxiety, and depression.

The REACH approach, which stands for Recall, Emphasize, Altruism, Commit, and Hold, is one of the greatest strategies for students to practice forgiveness.

This involves an attempt to clearly understand the wrong that has been done. The wrongdoing is recalled objectively. It is not to push the person into a negative light or to put oneself in self-pity. But to visualize all the feelings it brings.

Try to see from the offender’s POV and understand why they did what they did. But do not downplay the wrong that has been done. Sometimes the wrongdoing is a reaction to something the person was dealing with and not a personal attack.

In this step, you try to address your shortcomings by recalling the time you treated someone harshly and were forgiven. Remembering this will let you see that forgiveness is a gift that you can give someone for the betterment of the whole.

Commit to it when you, as a student, have forgiven. Write about your forgiveness in your private diary or journal for this is the decisional side of forgiveness. By writing it down, you make a deal with yourself.

Post committing yourself to forgiveness, hold on to it. This is tough since bad events become memories that recur. By forgiving you are not erasing what has happened, but rather developing a healthy coping mechanism that changes your self-harming reaction to it.

What You Need to Know About Personality Development for Students?

A beautiful blog of wisdom, wisdom meaning, and quotes 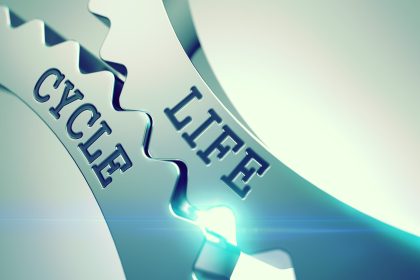 Students Life Cycle – A Transformation Over the Years