Mangalore, the headquarters of the Dakshina Kannada District of Karnataka, is an inimitable blend of varied traditions, full of flavour cuisine and a seventh heaven for passionate nature lovers.

Mangalore is a region of mixed cultures and lifestyles. People from different communities and neighbouring states have moved here for business, jobs, education, and much more. As a result, the city is truly progressive in culture.

For the bordering state of Kerala, Mangalore is a very convenient city, with top of the class facilities like medical and educational conveniences.

It is therefore clear that Mangalore is also a true enriching centre for the neighbouring states.

Where Is Mangalore Located? 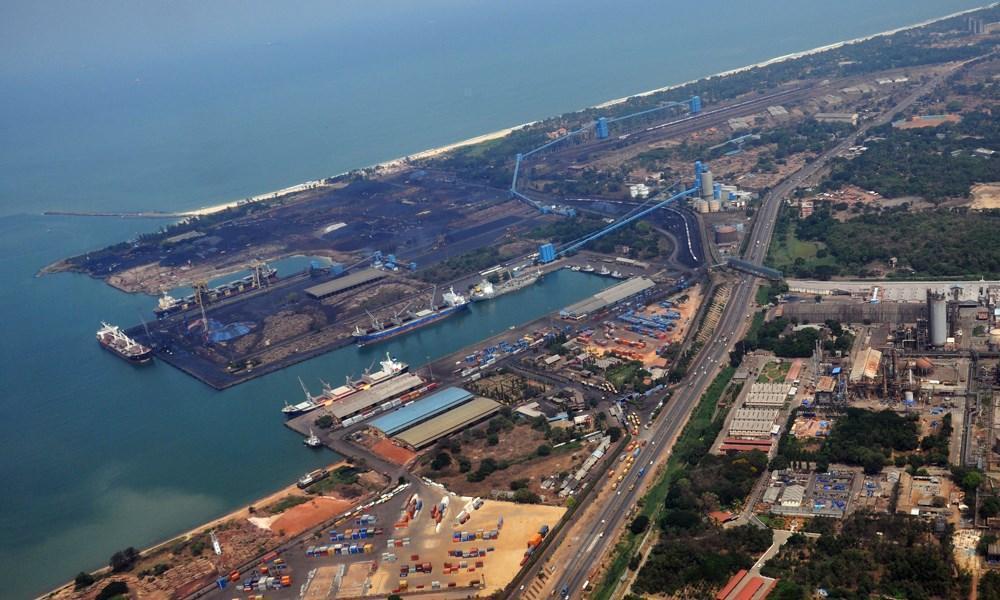 Hemmed by the Arabian Sea in the west, Western Ghats in the east, Nethravathi River in the south and Kulur River in the North, Mangalore

Mangalore lies 353km from the capital city of Karnataka- Bangalore. The urban agglomeration of Mangalore stretches over more than 30 kilometres from Ullal in the South to Surathkal in the North. The city stretches to Vamanjoor, Deralakatte, Padil, and Bajpe in the east.

The city is well connected by road, rail and air. Mangalore International Airport connects major cities in India and the Middle East.

Mangalore developed in earlier times as a harbour in the Arabian Sea and then rose to become a major port in India. The New Mangalore Port is an all-weather port located at Panambur in Mangalore.

It is the only major port in the state of Karnataka with the deepest harbour on the west coast. It is a point of departure for maritime traffic along the Malabar Coast.

The port accounts for about 75% exports of major commodities like coffee and cashew in India.

Legends have it that Parshurama, the Avatar of Vishnu, threw his axe into the sea and Varuna, the God of the sea, out of reverence to the mighty Parshurama, retreated the sea to where the axe lay and thus originated the Konkan coast; the creation of Mangalore.

The citys history is rich in culture and tradition. It is believed that, Matsyendranath, of the Nath cult married Premaladevi, a princess from the South.

He renamed her Mangaladevi. She died soon after and a temple was constructed in her name; Mangaladevi Temple. It is from this temple that the name ‘Mangalore’ originated.

Mangalore city has numerous historical references in Early and medieval history. A number of travellers wrote about Mangalore history.

A Roman Historian Pliny the Elder from first century has made a reference to place called “Nitrias” which was considered unsafe for boarding ships for fear of pirates.

Also, a reference was made by the Greek Historian Ptolemy in the 2nd Century to a place called “Nitra”.

Both the references were probably made to the river “Netravati” that flows across Mangalore.

These were some of the early references about Mangalore city.

Mangalore was the centre of a unique multi-linguistic cultural region called South Canara, the hometown of Tulu-speaking people.

The Kadamba dynasty whose capital city was in North Canara maintained independent power over the entire Canara region from the third to sixth centuries.

Alupa rulers held the area of South Canara from the seventh century until the end of the fourteenth century. The rule was fully under the Vijayanagar Empire by 1345.

South Canara was divided into Mangalore and some areas of Barkur during the period of the Vijayanagara dynasty (1345-1550). There were two governors from Mangalore to Barkur.

Mangalore the port city has been ruled by several major rulers. The city was the source of controversy among the British and the Mysore rulers, Hyder Ali and Tippu Sultan.

Mangalore remained part of the Madras Presidency, conquered by the British in 1799 until India became independent in 1947. The city of Mysore (now known as Karnataka) was formed in 1956.

Texts in kannada refer to Mangalore as Mangaluru, where uru means town. However, the Portugese coined the term Mangalore for this coastal city. In 2014, The State Government officially reverted to the name Mangaluru.

Today the city of Mangalore is known by several names by different communities like Kudla- meaning “junction” in Tulu.

This refers to the city’s location between Netravati and Gurupura rivers. The Konkani community refers to Mangalore as Kodial while it is Maikala in Beary.

Tell Me About Mangalore

This “once sleepy old town” is now up and about and rearing to go. Bustling with activity and vibrant crowd, the city has managed to retain its conventionality while adopting a progressive pace.

Mangalore is also known as an Educational Hub. The city is home to a number of universities and well-known schools and colleges.

A number of students from various other states and countries take up courses in these popular colleges.

Mangalore is also on the Smart Cities Mission list and among the 100’s of smart cities to be developed. It is now, both, Dakshina Kannada district’s largest city and administrative headquarters.

The weather in Mangalore is typically humid and warm all year round. Between December and February, the humidity and temperatures are relatively lower.

The month of June heralds the onset of the monsoon. Raining incessantly for many days together is a characteristic of the Mangalore shower.

It has a coastal monsoon climate and is under the influence of the south-western monsoon. 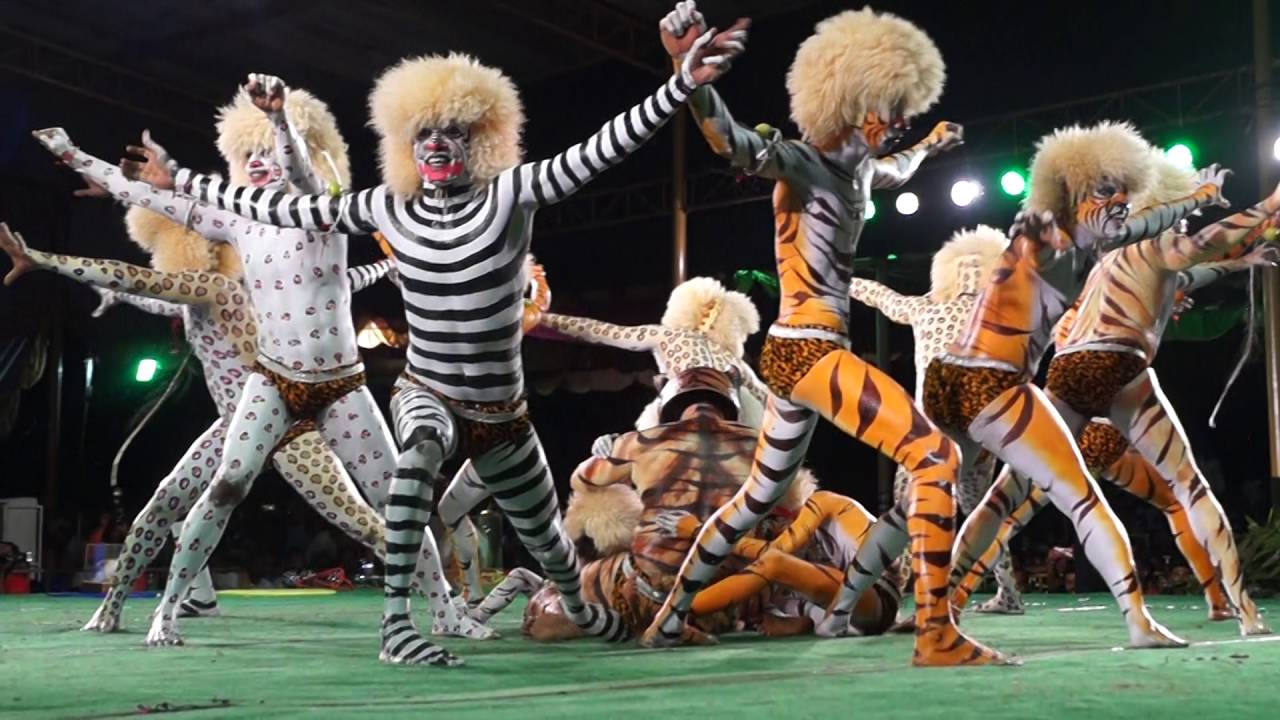 Mangalore is one of the country’s most multi-cultural non-metro cities. It is the largest city in Coastal Karnataka and Malnad areas.

This city boasts of its amalgamation of culture and languages like the Tuluva community, Konkani community and the Beary or Byari community.

Despite the presence of the different communities, the city prides itself when it comes to coexistence of communities and peaceful harmonious living.

Car festival or Theru as it is better known, is a Konkani festival that attracts a multitude of visitors and is celebrated in grandeur every year.

The Theru of Venkatramana temple in Mangalore is most famous. The entire city is decorated for this festival, with crackers lighting the sky and sounding the air.

The entire city is in the festive mood during Theru. 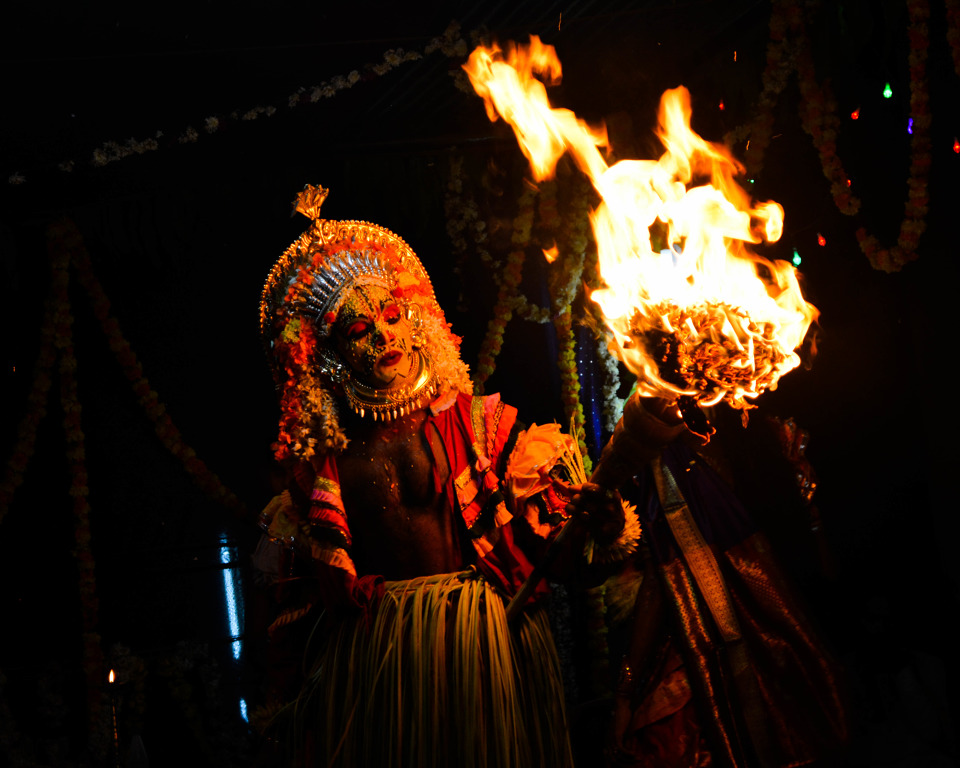 Bhootha Kola or worshiping the spirit is still prevalent and practiced in Mangalore. 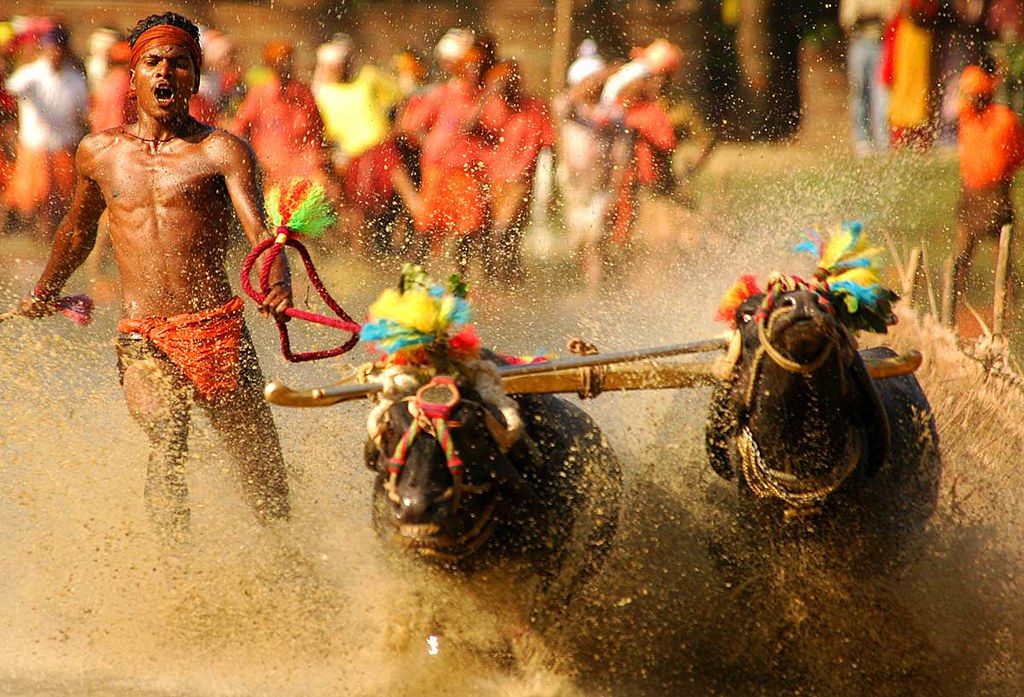 The Kambala or the buffalo race is a unique game. This is performed annually in the wet paddy fields of Kadri Kambalghattu.

The kambala is performed as a tribute to the Gods to protect the crops of farmers. Here, a pair of buffalos piloted by a farmer, race in a wet muddy field.

Deep rooted in Mangalore tradition are the four major languages of the city. Kannada, Tulu, Konkani and Beary (spoken more by Muslims).

Places to Visit in Mangalore

Hospitality is imbibed in Mangalore culture. The city welcomes tourists with open arms.  Mangalore has many places to see and visit: 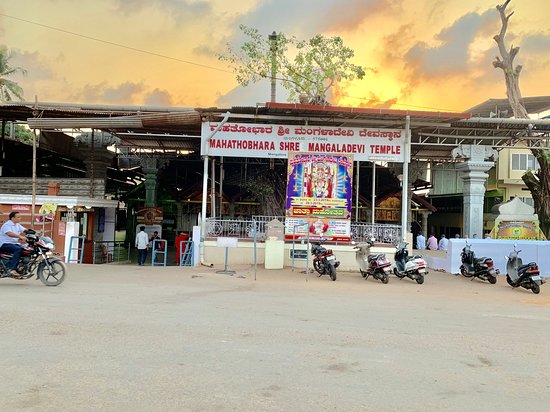 Within the city, the historical temples are the paramount attractions for tourists. The famous Mangaladevi Temple is situated close to the main bus stand.

It is believed that, Matsyendranath, of the Nath cult married Premaladevi, a princess from the South. He renamed her Mangaladevi.

She died soon after and a temple was constructed in her name; Mangaladevi Temple. It is from this temple that the name ‘Mangalore’ originated. 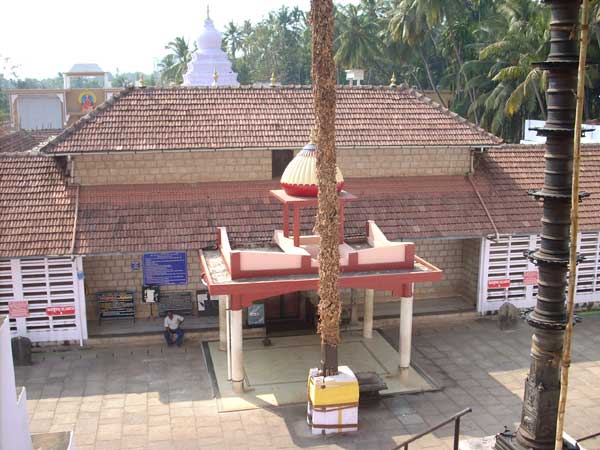 Another famous temple is the Kadri Manjunath Temple built around 1068 AD. It is the shrine of Lord Manjunath. This idol is said to be one of the oldest among the temples of South India.

Within the temple premises there is a natural spring. The water from the spring flows into seven sanctified ponds. The same temple houses deities of Lord Ganesha and Goddess Durga. 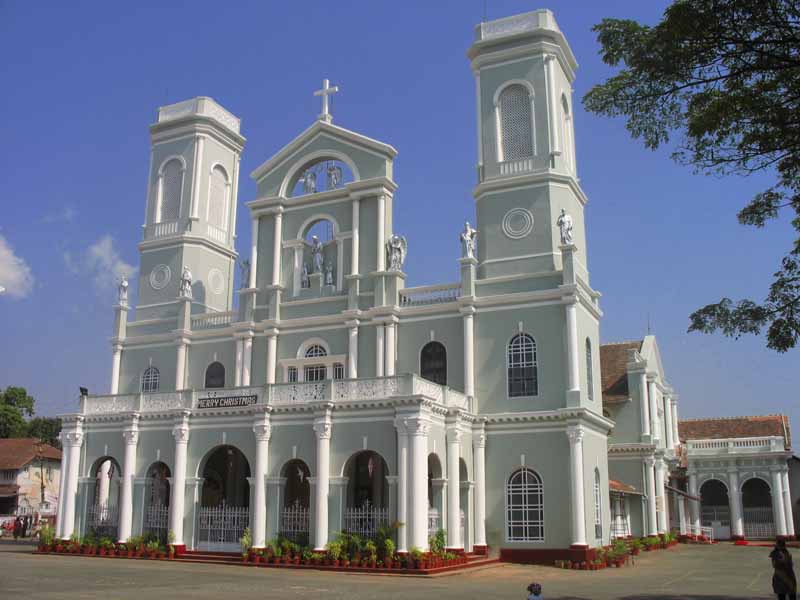 The sacred church of Milagres, Lady of miracles, is situated at the Hampankatta junction and built about 340 years ago, in the year 1680.

It is one of the historical places in Mangalore. The church has a unique piece of art depicting St. Monica and St. Augustine.

In 1782, Tippu Sultan destroyed the church and used some of its bricks to construct the Idgah at Light House hill in Mangalore. After the death of Tippu Sultan, the Church was restored. 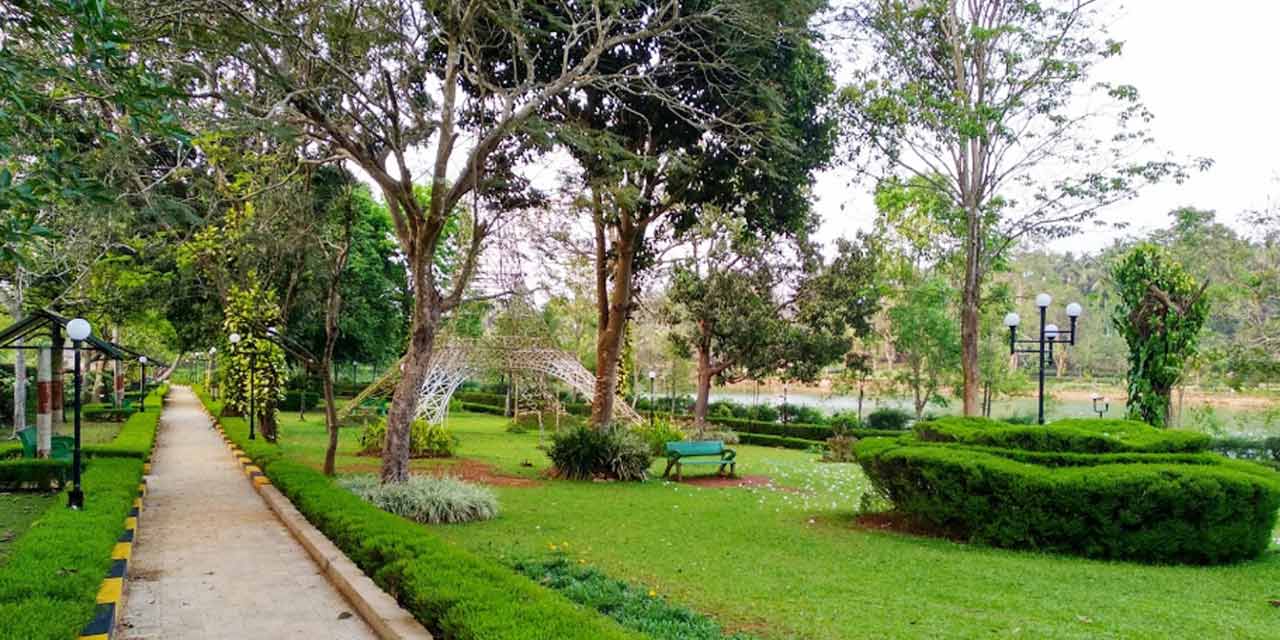 Pilikula means Tiger Lake and the place got its name from the fact that tigers used to come to this lake for a sip of water.

A number of Public and Private Beaches bordering the coastline, offer oodles of interesting activities including water sports for adventurous people. 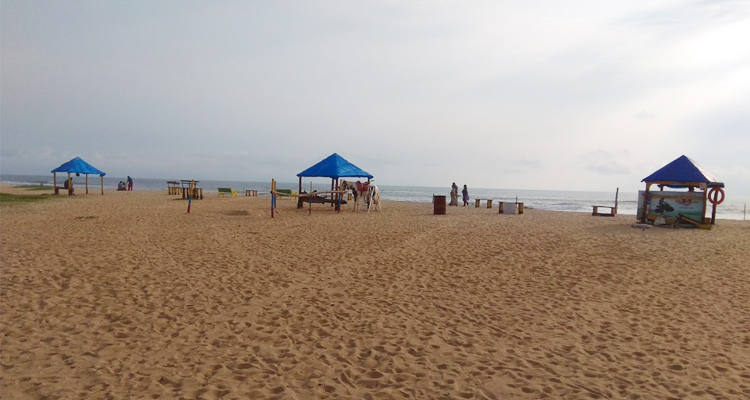 You can reach the Thanir Bhavi beach by road or simply take a boat from Sultan Battery from within the city limits. The boat takes you to the beach side for a minimum charge and brings you back inland whenever you wish.

On the peripherals of the Mangalore border there are a number of places to see too.

A few hours’ drive away from Mangalore, in Uttara Kannada, is Murudeshwar. Here, in Murudeshwara, stands the world’s tallest statue of Lord Shiva.

Situated on the sea shore, this glorious statue overlooks the calm Arabian Sea and sparkles with the reflection of the rays of the sun.

A worthy sight that attracts hundreds by the day. What is interesting about the town of Murudeshwar is its name, which dates back to the story of Ramayana.

A picturesque drive to Maravanthe Beach, a little away from the city centre is an out of the world experience.

Sandwiched between the Arabian Sea and the Souparnika River, the drive bestows you with the breathtakingly scenic view of the Kodachadri hills.

About 60 kilometers north of Mangalore and in the Arabian Sea are the rocky islands of St. Mary. The islands are accessible by boat which ferries you across the sea to the islands.

The islands are famous for its basalt rocks that have crystallized into columns and split into hexagonal mosaic.

You always loved the famous song ‘tu hi re’ from Mani Ratnams block buster film Bombay because of the beautiful location it was shot in.

Well, a one-and-a-half-hour scenic drive from Mangalore and into the State of Kerala, brings you to the very place that mesmerized you for so many years.

Bekal Fort is the biggest fort in Kerala measuring about 40 acres. As history evidences, the fort was built purely for defence purposes. The fort is known for its lush green lawns and alluring beaches. 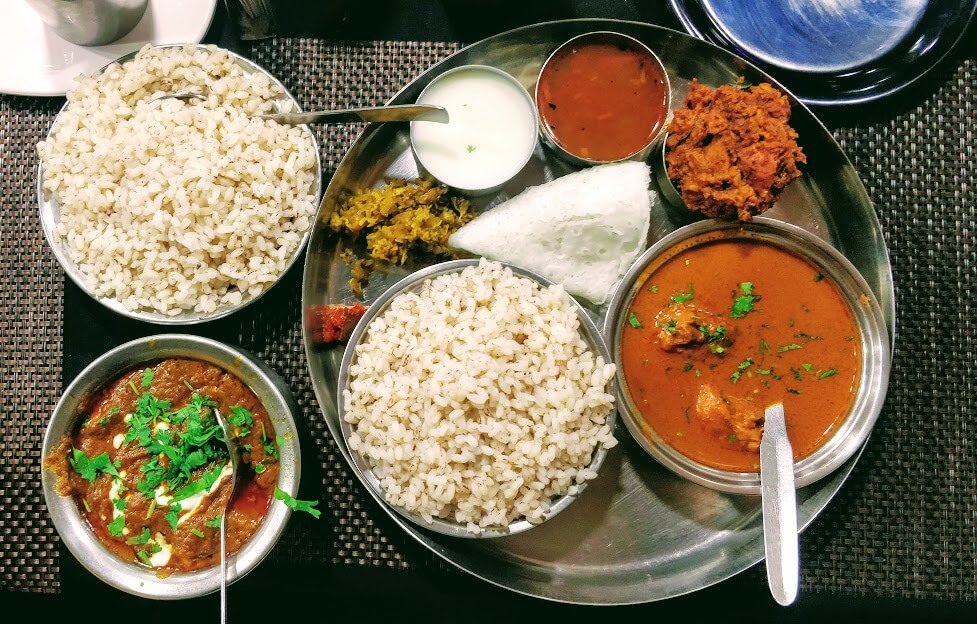 Rightly described as the “Head Chef” in preparation of all types of fish or ‘meenu” curries, Mangalore is famous for its signature dishes. Being a coastal city, fresh fish is its specialty.

The local people devour their favourite fish curry rice. The famous chicken ghee roast or the authentic bunt style kori rotti and Konkani style pathrode and gashi are some of the famous Mangalorean dishes.

Charmuri upkari available at Car street, is  “bhel puri in the Mangalorean style”. Also, famous Mangalore cuisine is the Mangalore Buns. These are mildly sweet buns made with ripened bananas.

Natures very own Bonda udha or tengina niru or coconut water is available at almost all street corners and easy on the pocket.

Ferdinand Kittel, who studied Kannada, Tulu and Sanskrit, are prominent figures among the Protestants. He was the first to print the Kannada English Dictionary in 1894 and the Kannada Language Grammar in English in 1903. Many Kannada poems were also written by him.

The first Kannada-language newspaper ‘ Mangalooru Samachar’ was published in 1843 by Herman Friedrich Mogling. He secured a Ph.D. from Kannada, Bibliotheca Karnataka, for his literary work.

Rev A Manner is yet another outstanding person. In 1886 he published the first Tulu-English dictionary.

Plebot was another notable missionary. Realising the use of the large deposits of clay on the banks of the Gurupura and Nethravathi Rivers, he set up the first tile manufacturing factory called Basel Mission in 1860.

You May Also Like Most Preferred Boarding Schools in Mangalore

Miracles of Project Based Learning and 18 Important Benefits

What Is The Importance Of Job Placements For Students?