Although this topic could make a good debate topic, we can look at it with a positive mindset and claim that listening to music while studying is beneficial.

Music can be instrumental or vocal but has to produce harmonious sound waves which result in a pleasing sound.

Let’s now throw in some facts to support our statement.

Music has been used as a tool in the process of healing. It has been clinically proven to be an effective tool of clinical therapy.

According to the British Association for Music Therapy, Music Therapists draw upon the innate qualities of music to support people of all ages and abilities and at all stages of life; from helping newborn babies develop healthy bonds with their parents, to offering vital, sensitive, and compassionate palliative care at the end of life.

Everyone has the ability to respond to music, and Music Therapy uses this connection to facilitate positive changes in emotional wellbeing and communication through the engagement in live musical interaction between client and therapist.

It can help develop and facilitate communication skills, improve self-confidence and independence, enhance self-awareness and awareness of others, improve concentration and attention skills.

From the above, it is obvious that music has a therapeutic effect on living beings. Now the question arises- How does music help students academically?

Let’s tread on this topic with caution. Always remember, too much of anything may have adverse effects on the brain and body.

Therefore, it is necessary to understand that even though we assert that listening to music while studying may have a positive impact, you must know where to draw the line.

Below, we have enumerated some points on how music helps students learn. 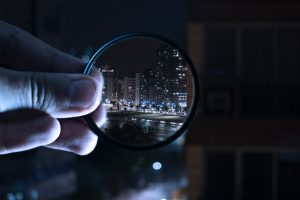 Studying is a very intense activity. When you study you have to ensure that you do not get distracted by unwanted sounds and noises around.

Noise can be defined as any unpleasant sound that causes disturbances. It can be blaring car horns, moving traffic sounds, or sounds from a nearby construction site. These sounds can be very distracting while studying.

Music in the background can do just the trick. Music to the ears is something pleasant to hear. Therefore, music can cut off all unwanted background sounds and help you to focus better on studying.

Studies have proven that music improves and boosts memory power. Two recent studies—one in the United States and the other in Japan—found that music doesn’t just help us retrieve stored memories, it also helps us lay down new ones.

A research paper published in the US Library of National Medicine, National Institute of Health showed that short musical pieces with particular characteristics can prime the semantic language memory system, thereby yielding faster and more efficient recognition of specific words.

The general principle of their experiment was to present target words that were preceded by either musical or sentence primes.

Taken together, these two experiments demonstrate that there are bidirectional associations between the memory systems for language and melody.

You can change your mood by listening to music while studying. A boring topic can suddenly turn interesting with a bit of music in the background.

Music elevates the mood and studying in a good mood is always a great idea. Long hours of study can result in not so elevated moods.

This is where music can come to your rescue. The link between music and emotion seems to have been accepted all time.

Plato considered that music played in different modes would arouse different emotions. The tempo or movement in time is another component of this, slower music seeming less joyful than faster rhythms. Music and the brain: the neuroscience of music and musical appreciation (nih.gov)

A research paper published in the US National Library, National Institutes of Health stated that Music is a potential method of therapy and a means of accessing and stimulating specific cerebral circuits.

There is also an association between musical creativity and psychopathology. The same research paper goes on to state that studies using brain imaging have shown that the right hemisphere is preferentially activated when listening to music in relation to the emotional experience and that even imagining music activates areas on this side of the brain.

5. Silence Can Be Killing

Many times students study well into the night. The night hours are usually silent with little or no outside activity and noises.

This silence can sometimes give the feeling of loneliness to students who are studying. Listening to music while studying during the late hours of the night can kill this silence and be a friend in need. 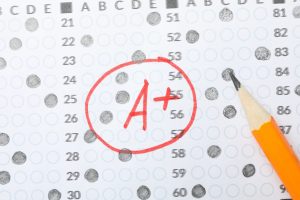 When it comes to the question of how music helps students? One of the answers to this question is that music boosts academic performance.

A study conducted on students in Canada proved the relation between music education and academic performance.

It was demonstrated that students selecting musical courses perform better than those declining such courses, despite equally high initial achievements.

This further contributes to accumulating theoretical and experimental evidence that music helps overcome stress caused by cognitive dissonance, and helps accumulate knowledge that is fundamental to human evolution.

One of the ways how music helps students learn is that music improves brain function.

The Music and Health Science Collaboratory, a research center in the Faculty of Music at the University of Toronto, conducts basic and translational (clinical) research dedicated to applications of music in the health sciences.

A psychologist by the name of Francis Raucher experimented to prove the benefits of listening to music while studying.

For this experiment he made 36 students listen to Mozart Piano Sonata for 10 minutes before they took a test.

At the same time, he took another group of students who practiced silence before taking the same test.

The results revealed the statistics on how music helps students. The students scored significantly higher on the tests after listening to Mozart’s Sonata

Having said this, of course, every coin has two sides and some people believe that listening to music while studying may not be very beneficial.

These believers think that music can be distracting and the type of music greatly influences how music helps students to learn.

The Blur effect was one such experiment conducted that proved that the type of music greatly influenced the learning outcomes of students.

However, factors such as type of music, volume, and tempo are some of the factors that greatly influence the benefits of listening to music for students.

2 Main Types of Editing that Every Editor Should Know About

How to Ace Your Economics Homework Effectively, Efficiently, and Quickly? 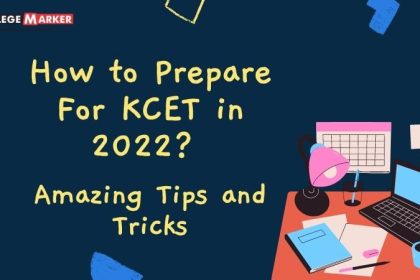 How to Prepare for KCET in 2022? Amazing Tips and Tricks

admin May 14, 2022
14 Top Paying Nursing Jobs Across the Globe
Top and Best PU Colleges in Shimoga 2022-23
Don’t Go Soft on Your Soft Skills
A Day in The Life of A Teacher – Self Retrospection