Grasping power means the ability of a person to understand and comprehend things. It is also often associated with the time taken to comprehend certain things.

For students especially, grasping power refers to the ability to understand what is being taught.

In short, grasping power refers to the ability to “quick-learn.” It refers to the process of converting the inputs received into valuable information.

Simply able to grasp is incomplete without the process of understanding. Therefore, we can say that grasping power is the ability to understand the things we conceive.

You may have noticed that you may understand things better than your classmates or vice versa. This is because grasping power differs from person to person.

So, how to increase or improve grasping power? It is a simple process and not to be considered challenging. It is basically just the unlocking of one’s inherent potential to grasp.

1. Keeping Your Brain in Active Mode

One of the most efficient methods of increasing grasping power is by keeping your mind active at all times. Let’s take the example of a typical classroom set up.

Here, you are listening to a lecture. If you are not an active listener and participant, the lecture will soon turn monotonous and boring and your brain tends to tune off. You may even doze off in between the lecture.

Whereas, on the other hand, when you actively participate in the classroom by asking and answering questions, or participating in discussions, the brain is kept active and alive. When your mind is alert you tend to grasp things more easily.

Another method of keeping your brain active is by indulging in some brain games that can boost your grasping power.

For example, crosswords, sudokus, word find games are all brain games that can keep your mind alert. These games are also called exercises for the brains. Just like how you will indulge in physical activity to keep your body fit.

Another method of how to increase grasping power is by listening, watching and learning.

Again, taking the example of students, without listening to a lecture you will not have any matter to grasp. Listening is one of the most important prerequisites to improving grasping power.

One of the best ways of how to improve grasping power of the brain is by reading or studying aloud. When you study silently your hearing sense is not activated.

Whereas, when you study aloud, apart from your sense of eyesight, you hear yourself too. Therefore, the brain has two active sense organs working simultaneously, thereby improving grasping power of the brain.

Visualising what you have learnt is a more effective way of how to increase grasping power. So, while studying it is good to have visual aids like pictures and drawings to help you study.

An article published in the Huff Post in 2017 had stated that a group of scientists tried an experiment on two groups of people.

Same word. In the first example, “Baker” is a woman’s last name. Secondly, it’s her occupation. Several days later, the groups were asked to recall who they had met.

The group that was introduced to a woman whose job was a baker were much more likely to remember than those who were introduced to Mrs. Baker. Why did the second group do better?

Because the job “baker” immediately conjures up memories of flour, cakes, cooking, etc… and it’s those connections that solidify our recall and memory.

Prolonged hours of study can lead to fatigue. It is advisable to break your study time into smaller parts with frequent breaks in between. This not only increases efficiency but also improves grasping power.

You may wonder how exercising has any relation to increasing grasping power. Exercising is a physical process while grasping power is associated with a mental state of mind. Though there is such a major difference, the two are closely interrelated.

The benefits of exercise come directly from its ability to reduce insulin resistance, reduce inflammation, and stimulate the release of growth factors—chemicals in the brain that affect the health of brain cells, the growth of new blood vessels in the brain, and even the abundance and survival of new brain cells.

Being able to think critically, keeps the brain sharp and active and increases the grasping power of the brain. Critical thinking is the ability to analyse and evaluate a problem and arrive at a logical conclusion based on unbiased judgement.

8. Indulge in Leisure at Times

“All work and no play makes Jack a dull boy.” The same holds good for your brain too. To improve grasping power and functioning of the brain, you must always allow your brain some leisure time.

Indulging in this leisure time will automatically boost the performance of your brain. It is just like how a relaxing weekend helps you to work better during the week.

Yes, there is something called brain food. Brain food refers to that kind of food that boosts memory and grasping power of the brain. Certain foods contain different levels of minerals, vitamins and brain boosting hormones.

For example, food containing Omega 3s are good for the brain. Many types of nuts like almonds and cashews are also linked to healthier brain activity. 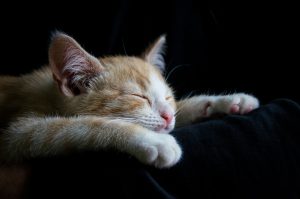 Yes, you read right. Sleep increases brain functioning and improves the grasping power of the brain. Sleep is important for memory and its restoring function. And conversely, lack of sleep negatively affects reasoning and problem solving skills.

Though grasping power differs from person to person, it is not impossible to improve or increase the grasping power of a person. By following simple methods, one can train the mind to be able to grasp more effectively.