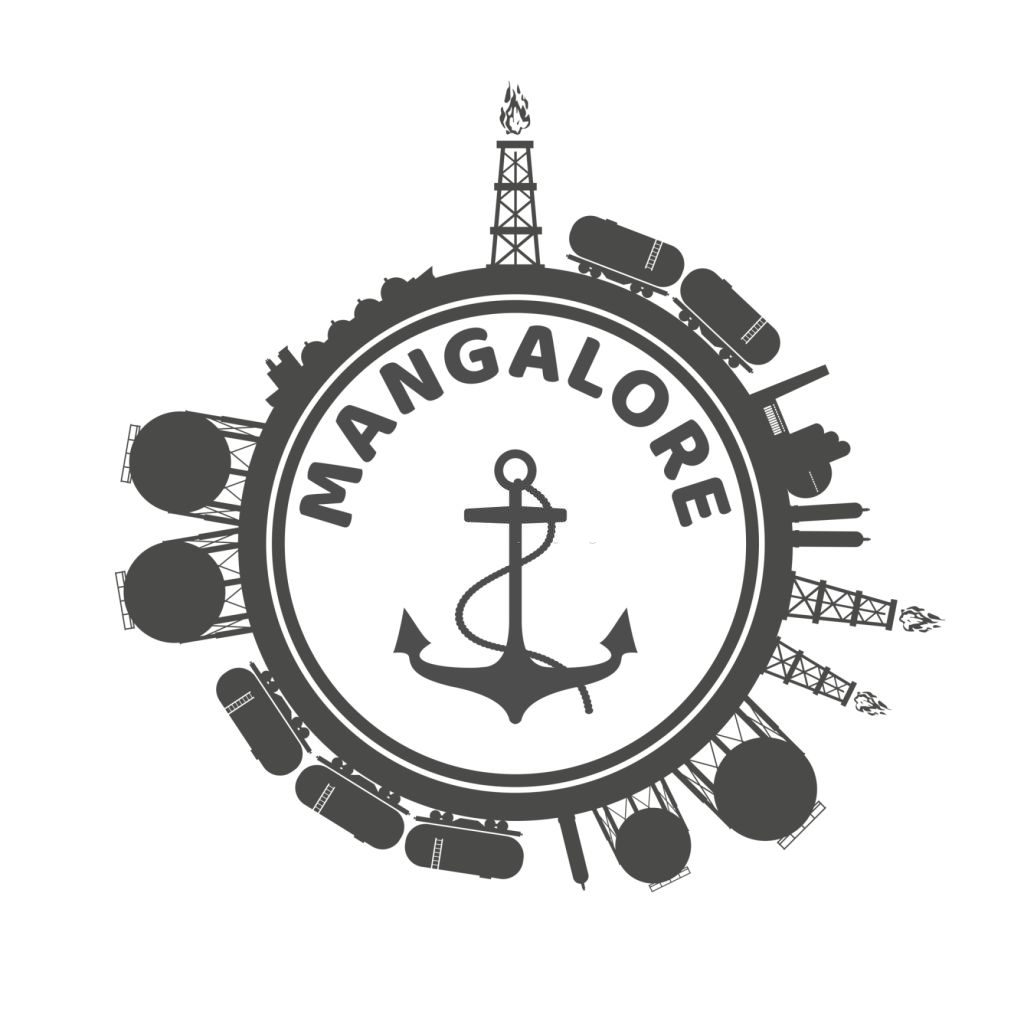 Summary View of The Developments Taking Place in Mangalore

The picturesque city of Mangalore is now bustling with activity. With tourism and IT Companies finding a base in the city, Mangalore is now slowly turning into one of the top business hubs in the country.

Undoubtedly, Bangalore is the software capital of the country. However, with limited land space, IT companies are now looking to expand base in tier two cities like Mangalore, Mysore and Hubli.

Mangalore has tremendous potential to be one of the leading business centres in the country. Adequate infrastructure, Cosmopolitan crowd and coastal benefits are just some of the factors that contribute to Mangalore’s growth potential.

Infrastructure- The Building Blocks of Development

One of the key factors that determine development in a city is the availability of good infrastructure facilities.

When it comes to Infrastructure, Mangalore, being a coastal city, has top infrastructure solutions. The city is well connected through sea, railway and airways, making it a well accessible city.

Import and export of material required for business growth are easier in a port city like Mangalore.

Quoting the then Minister of Government of Karnataka 2013, Mr. Ramnath Rai said “Next to Bangalore, our city (Mangalore) has more potential in terms of IT sector growth. Earlier, it was a dream for us but now it is a reality. We have all facilities including connectivity like port, railways and airport which will help us in the smooth operation of this sector.”

Since this date, several development activities have taken place in the port city of Mangalore. Whether it is IT or tourism, the city of Mangalore is now an important location on the map of India. 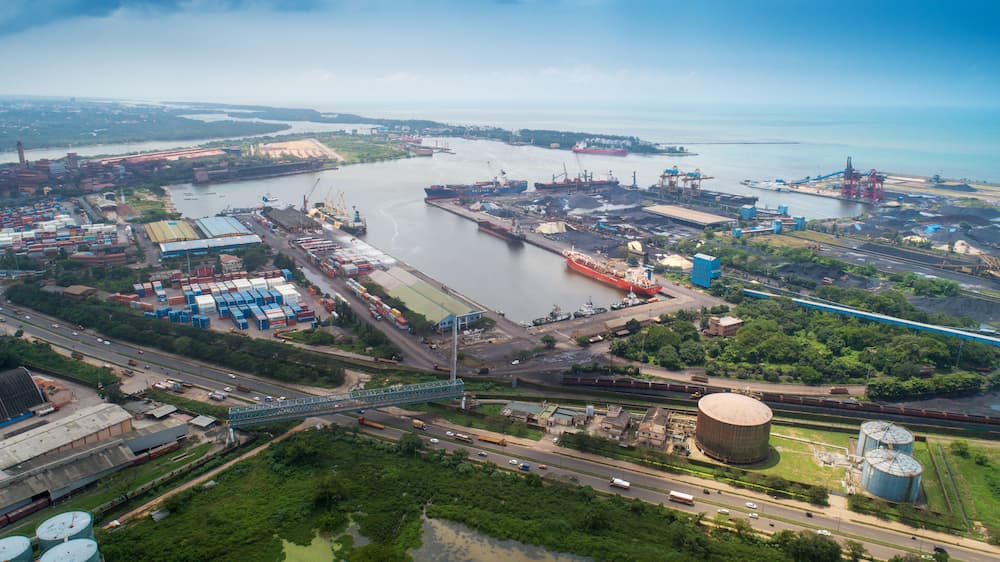 The Port at Mangalore has been used as a trade gateway since ancient times. So much so, that even during the time of the Vijayanagara Empire, Arab traders had established a flourishing trade in silk and spices between Mangalore and West Asia.

Over the years, trade through the Mangalore port increased from handling less than a lakh tonne of traffic to more than 39 million tonnes during the financial year 2019-20.

Some of the major commodities traded at the port are iron ore, cashew and coffee among other materials. Now, The New Mangalore Port Trust has been declared as one of the major ports of the country.

Many international shipping companies have set up a base in Mangalore to facilitate trade between nations.

The Government had privatised the airports at six locations in the country and the Adani group won the right to operate these airports for the next 50 years.

The Mangalore Railway station is one of the 5 central railways in the country. It connects many cities through Konkan Railways, South Western Railways and the Indian railways.

Mangalore is now a centre for bustling business activities. Many manufacturing, IT, food processing and R&D companies have opened branches in Mangalore.

Mangalore’s Economy has grown over the years contributing greatly to the overall positive economic growth of the country.

Top IT Companies in Mangalore 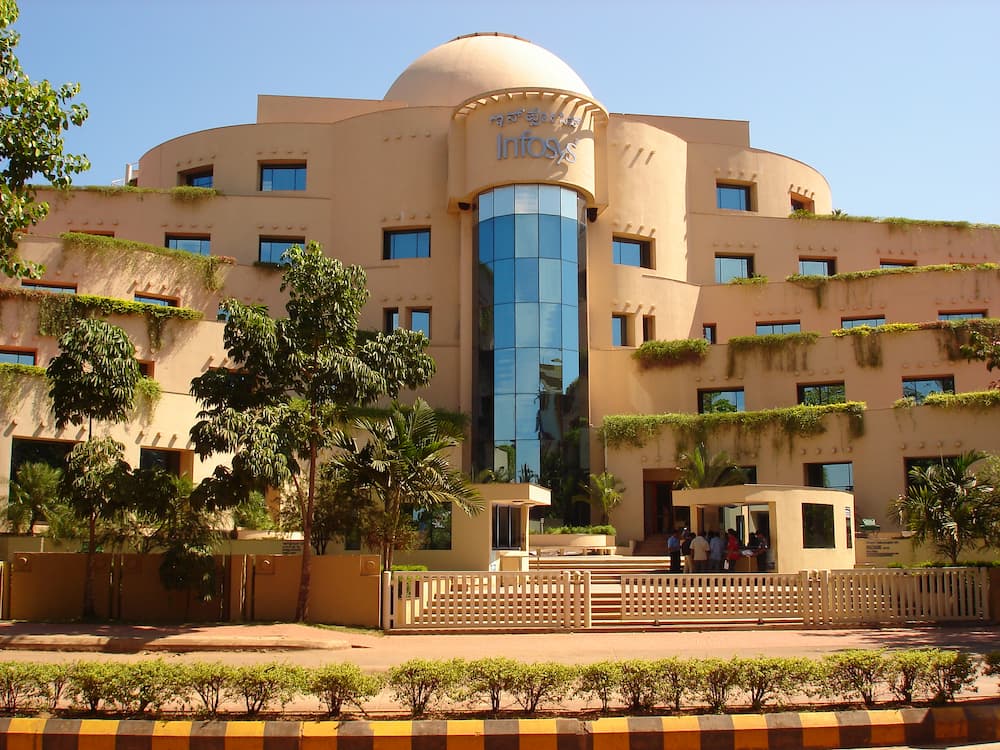 Mangalore is well connected with top infrastructure facilities; several IT companies have set up offices in Mangalore. With appropriate Government support, Mangalore is now witnessing tremendous growth in terms of business and the development of software.

Mangalore is now home to some of the world’s top technology based companies and manufacturing companies in the country.

Mangalore is a base for several It companies.

These are just some of the IT companies that have branch offices in the city. Several other IT companies plan to invest in Mangalore city because of the adequate development facilities available.

The IT Minister for the state in 2013, Mr. S.R Patil was quoted saying “Mangalore has the potential to become an IT hub and due importance will be provided by the state government.”

In this regard, the Government is setting up IT parks around the city to facilitate the development of IT in Mangalore. The Kanara Chamber of Commerce and Industry is also working towards encouraging IT and manufacturing industries in the city.

Apart from IT, Mangalore is also home to several manufacturing companies. These companies contribute greatly to the Mangalore economy.

These manufacturing companies have set a base in the city owing to the advantages the city provides. The city is also home to large petrochemicals and processing companies

One of the largest Special Economic Zones in the country is located in Mangalore-the ONGC. Other SEZ locations identified by the Government are located at Ganjimutt, Thumbay and Padubidri.

Several manufacturing and processing units are situated in Baikampady, an industrial area in the city. 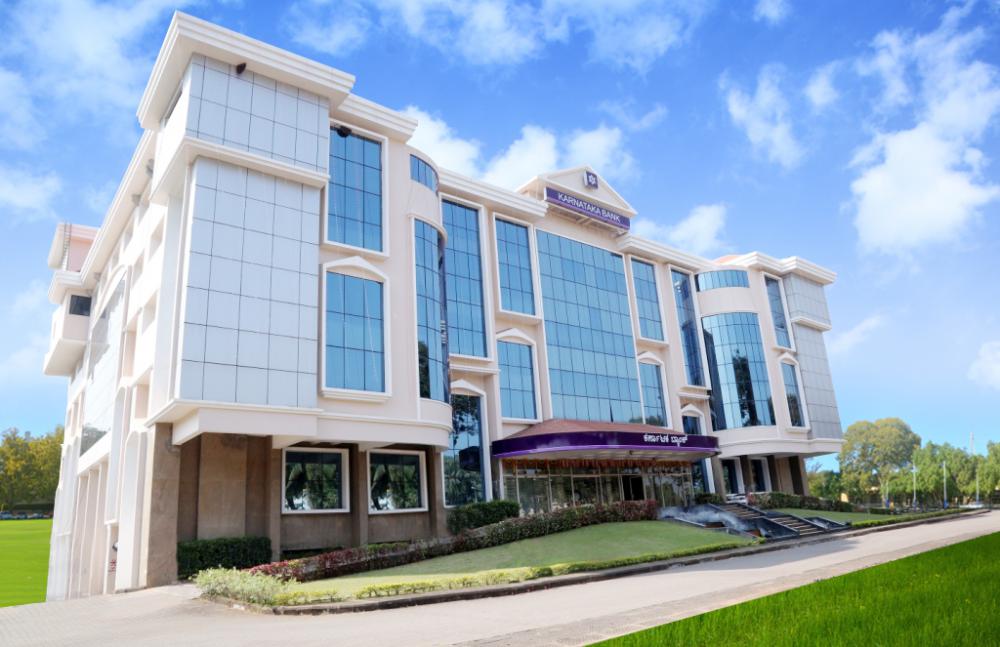 An economy cannot grow without good banking and financial infrastructure. Mangalore is home to several nationalised banks that have their traditional roots in the city.

All these banks started in Mangalore with humble beginnings but now have emerged powerful financial institutions in the country.

The food processing industry has made its mark in the city. Spices, condiments, cashews and bakery items all being manufactured in the city and transported all over the country and globally.

Several spice industries have set up factories around the city. These spices are then sold all over the country.

Mangalore has been home to the cashew industry since the Portuguese brought in the cashew plants from Brazil.

Therefore, the cashew industry in Mangalore boosts Mangalore’s GDP and the overall economy.

These industries have generated employment in the city. Youth are now attracted to stay within the city, thereby contributing greatly to the youthful vibrant atmosphere in the city.

With the youth of employable age staying within the city, Mangalore has now become a growing economy. Businesses have picked up pace in Mangalore over the past few years.

The Government initiatives, private industrialists and the abundant employment opportunities have contributed to Mangalore turning into a business hub of the country. 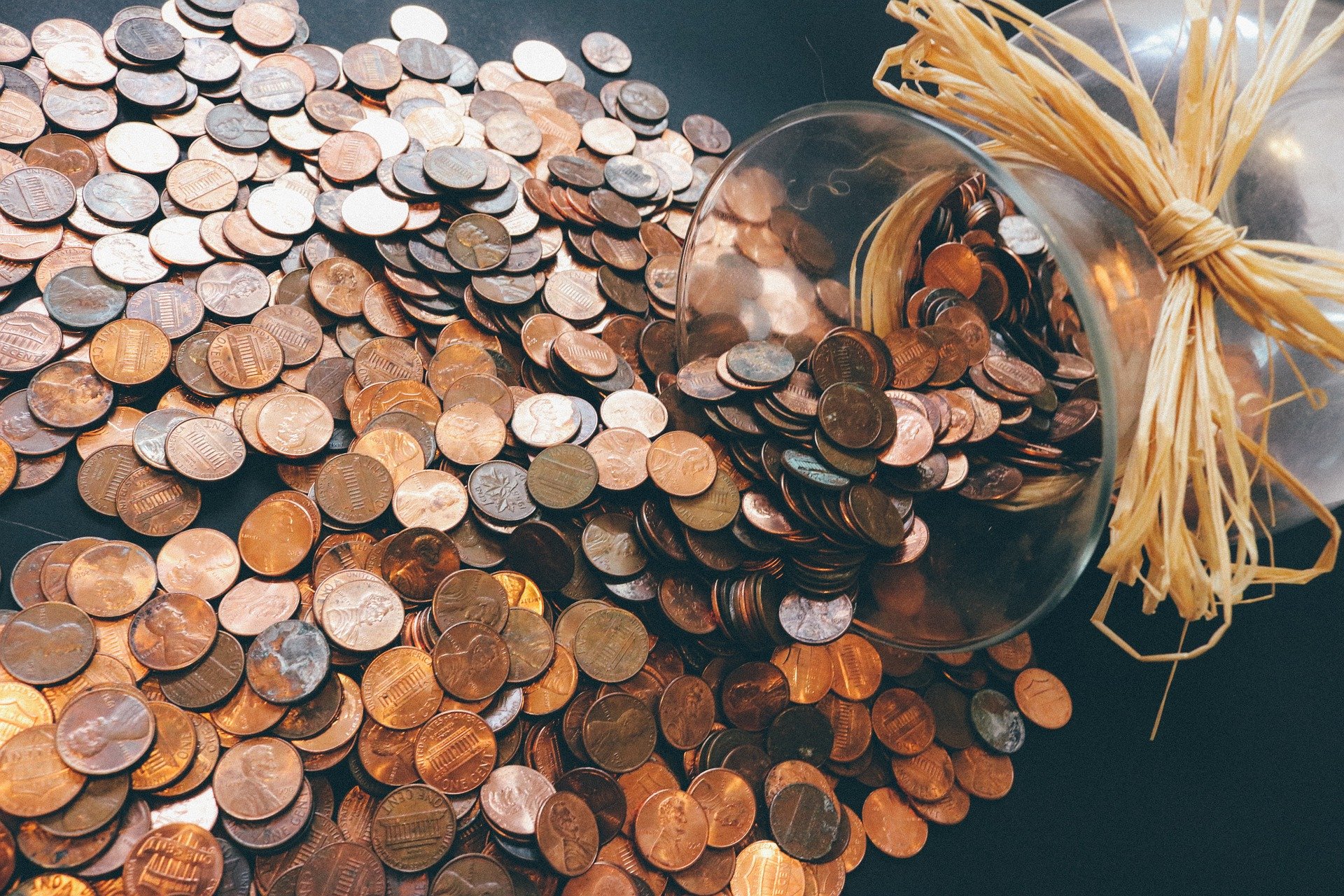 All these developments in the city have contributed to Mangalore’s Gross Domestic Product. The GDP is a measure of the economic success in the country.

In terms of cities in the country, Mangalore is one of the top ranks when it comes to GDP. Gross Domestic Product of Mangalore is the final value of goods and services produced within a specific period in the city.

An economic survey of the State Government conducted in 2015-16 stated that Bangalore tops the Gross State Domestic Product (33.6%) followed by Dakshina Kannada (Mangalore) with 5.8%.

The Per capita income, that is the average income per person within a year, is very high in Mangalore, only next to Karnataka’s capital city, Bangalore. The high per capita incomes reflect the booming economy in the city.

An economic survey conducted in 2015-16 and published in The Hindu suggested that Mangalore and Udupi rank 2nd and 3rd after Bangalore in terms of the per capita income.

As of February 2020, The Confederation of Indian Industry has opened a Mangalore Chapter to drive industrial growth in the region.

The Chairman of the Mangalore Chapter, Mr. K. Prakash Rao stated that the CII is looking to open 6 panels in the region.

The first panel would concentrate on manufacturing excellence and MSMEs and other panels will look into finance, IT and start-ups. Mr. K. Prakash Rao also stated that the CII would promote industrial growth in Mangalore.

With Government promotional initiatives, infrastructure availability and youthful employment, there is an ease in running a business in Mangalore city.

The city is becoming more industry and business-friendly. The city is open to the cosmopolitan crowd and has adapted itself to the influx of new people into the city. Mangalore is now a popular business and tourism hub. 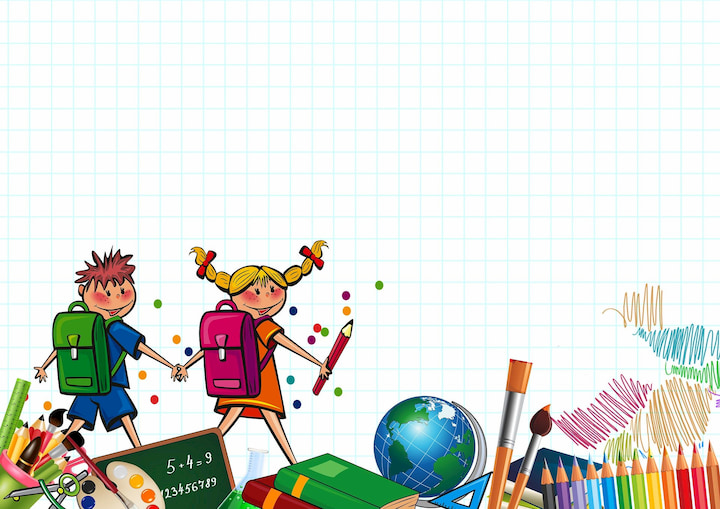 Expert Tips for Writing a Research Paper for Students

Sign up to receive email updates about latest News & Articles