Education in India, like many other countries in the world, is given utmost importance. The Government of India takes several steps and initiatives to ensure every child is educated.

The State and Central Government, through various schemes and enactments of policies, make certain that every child is given an opportunity to study.

The Right to Education Act is an Act of Parliament of India, enacted in the year 2009.

It embodies the principle that all children between the age of 6 to 14 shall have the right to receive free and compulsory education. The Act makes education a fundamental right for children between 6 to 14 years.

The Act not only made education compulsory for children but also made other provisions that promoted education in India.

It made it compulsory for private schools to reserve 25% of seats for economically backward students. The Act also made provision for training of school dropouts to train them according to their age.

With all these benefits and assistance provided by the Government, India has become one of the top educational destinations in the world.

Students from around the world flock to various cities in the country to receive top-class education.

Top 9 Cities for Education in India 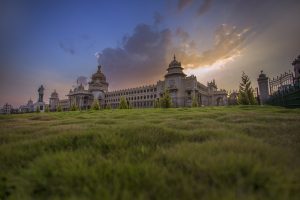 The capital city of Karnataka, Bangalore is regarded as the best city for education in India. The pleasant weather, cosmopolitan crowd and cheap accommodation are added advantages.

Bangalore is also known as the IT city, with a large number of software companies having their bases in the city. The IT city has no doubt been responsible for attracting several colleges and universities to set camp in this city.

Bangalore is home to many renowned institutions and attracts students from all over the country. The universities and colleges also have exchange programs that attract foreign students to the colleges.

According to an article posted in business today on July 31st, 2019, Bangalore topped the list of cities in India and came 81st in the world ranking of best cities for students.

Apart from academics, the city is well known for the promotion of sports and culture.

You May Also Like Top Engineering Colleges in Bangalore 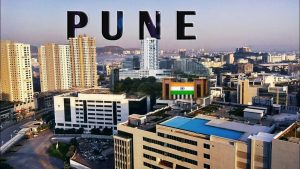 Over the past few years, Pune has become a popular city when it comes to providing the best education in the country. Pune is the second-largest city in the state of Maharashtra.

Pune is sometimes fondly called the ‘Oxford of the East’ because of the educational institutions present in this city.

The Hindustan Times, in its article published on June 26 2012 extensively essayed the development of education in Pune over the decades. 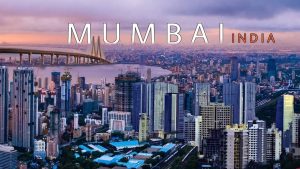 Mumbai, the city that never sleeps is regarded as one of the best cities for students in India.

Mumbai not only provides top-class academic opportunities but also opportunities in other fields such as theatre, music, drama, and dance among others.

Students have the potential to excel in academics as well as pursue their hobbies and passions in extra-curricular activities.

Mumbai is also known as the city of dreams where people from all over the country come to fulfill their ambitions.

Mumbai is favourably located on the west coast and is well connected by road, rail and air. The city is an international gateway to the rest of the world.

Some well-known universities and colleges in Mumbai are 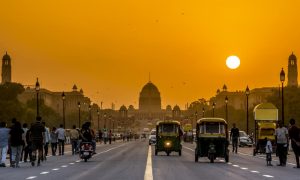 One of the best places for education in India is New Delhi. The capital of the country, New Delhi is the political base of the country. It has extreme climatic conditions, with harsh summers and cold winters.

One of the major advantages of studying in New Delhi is the cosmopolitan student groups and premier institutions located in this region.

You May Also Like What is the Delhi Education Model and Why is it so Successful? 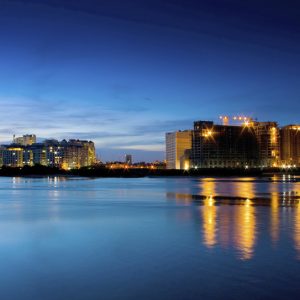 On the East coast lies the city of Chennai. It is the capital city of the state of Tamil Nadu. In a survey conducted by Euromonitor in 2015, Chennai was considered the 43rd most visited city in the world.

Chennai houses some of the countries most premier institutions. A survey conducted and published by yahoo finance in 2012 concluded that Chennai is the second most literate city in the country only next to Mumbai.

Apart from renowned universities and colleges, Madras as it was formerly known, is famous for the promotion of sports, cultural and recreational activities.

Kanpur is located in the state of Uttar Pradesh. It is inherently famous for its tanning industry and is also known as the leather city of the world.

Kanpur is home to one of the country’s premier engineering institutions, The Indian Institute of Technology, Kanpur (IIT-K)

Also considered as one of the best cities for students to study in India, is Hyderabad. The city of Nawabs, Hyderabad is the capital of the state of Telangana.

Hyderabad has hot summers and slightly cooler winters. The city is dotted with innumerable renowned colleges and universities. 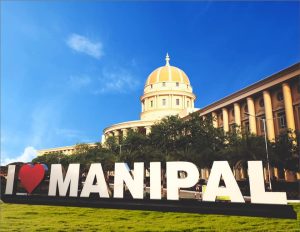 A coastal town in the south of India is Manipal. The Manipal Academy of Higher Education is situated in Manipal and attracts many students from all over the country and the world.

Most of the population in Manipal is the student population. The city is a prominent technological and medical hub of the country. 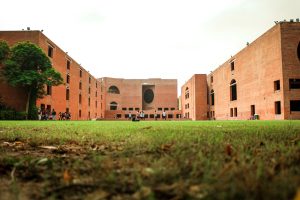 Located in the state of Gujarat, Ahmedabad is the administrative headquarters of the state. Ahmedabad has many popular universities including the University of Gujarat.